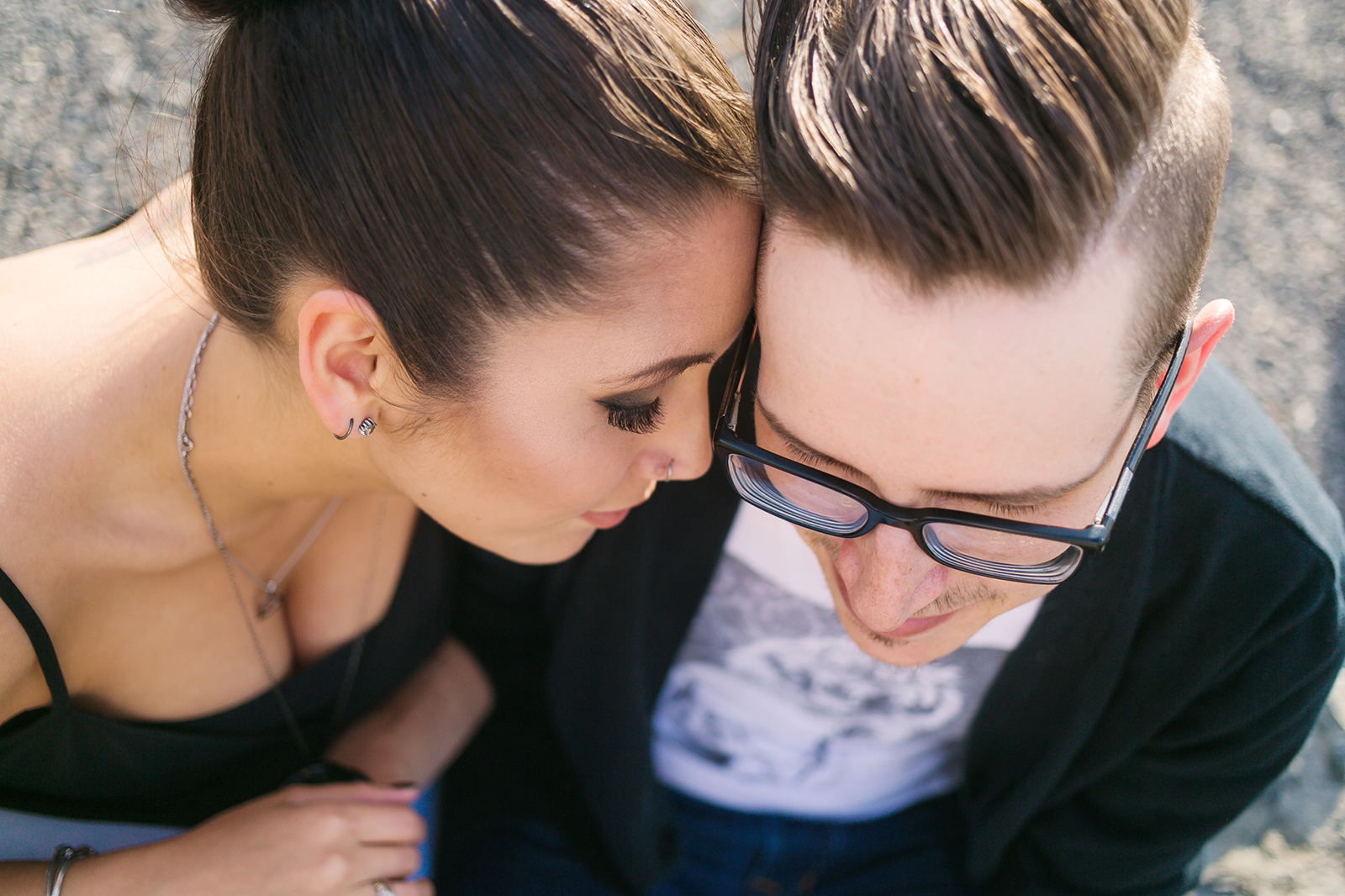 We wanted to have a fun engagement session, I think we went to the perfect location when we decided to head to the fair! 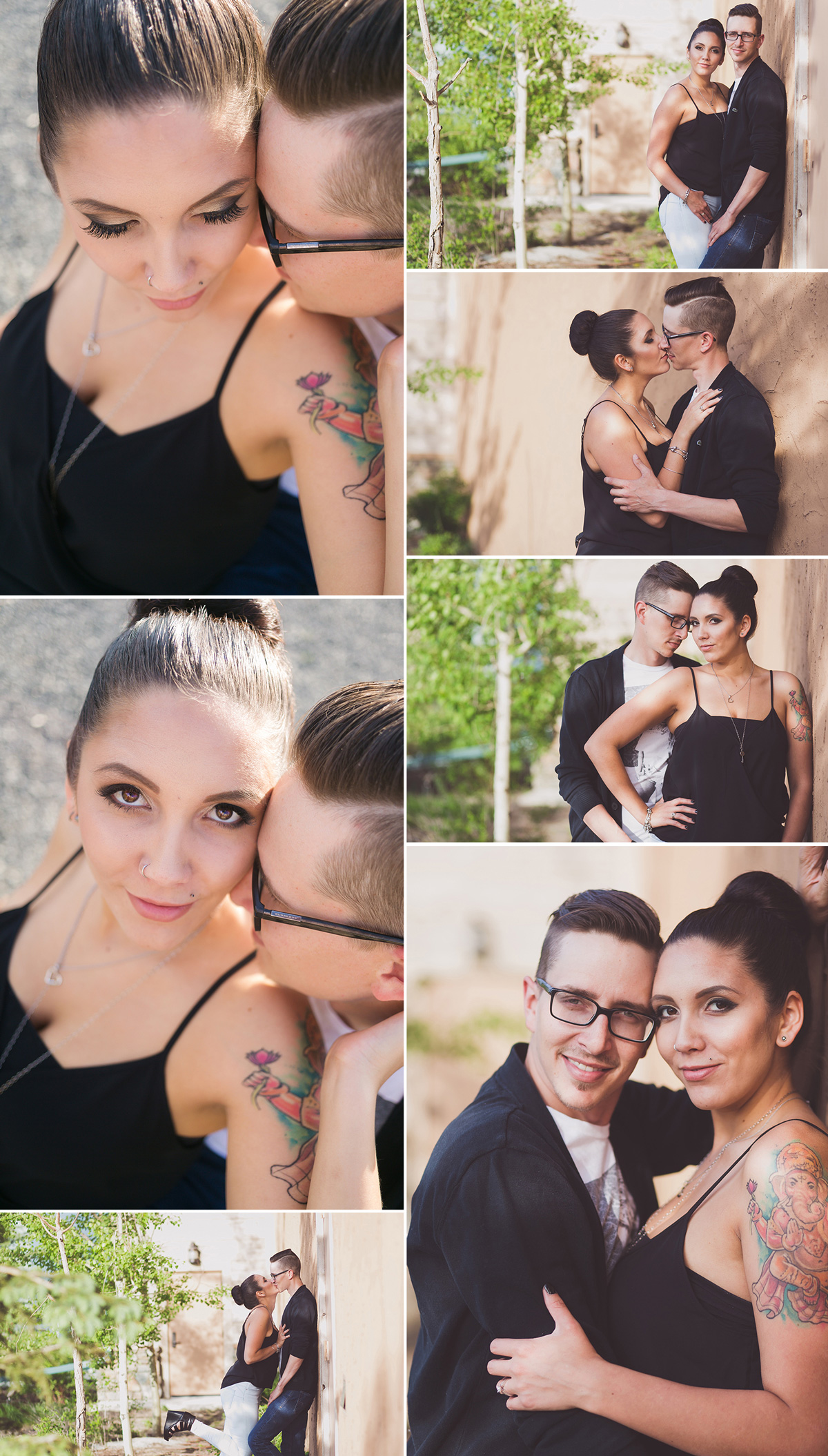 I thought it would be a great idea to start somewhere quiet.  I was warned that Jason was a bit shy and it might be hard getting him to warm up to the camera in front of so many strangers at the fair.  I found a quiet spot close enough to the fair that no one was around, but we could hear the crowds and get excited about heading over! I would like to add that I think I was lied too. Jason was not that shy, all I had to do was ask him to focus on Tanika and he was in his own happy little bubble - no one else mattered, I love that. 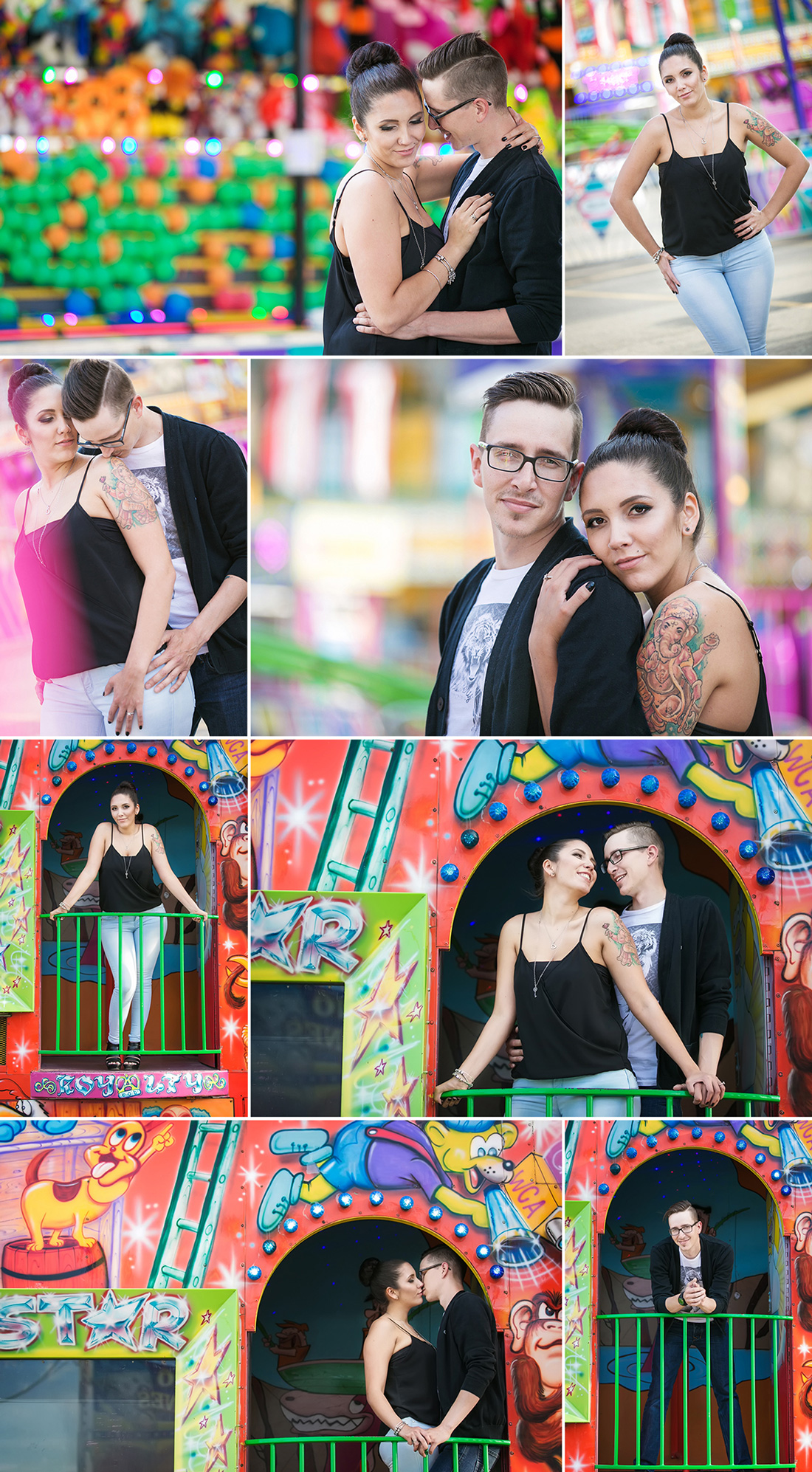 Once we made our way over - it was hard not to let go and have a blast! Everyone was so friendly and kept pulling us aside asking if we wanted to hop onto their ride or even better - GO IN THEIR FUN HOUSE! Realistically we could not say no to that - after all - isn't that what marriage is about, the fun house? 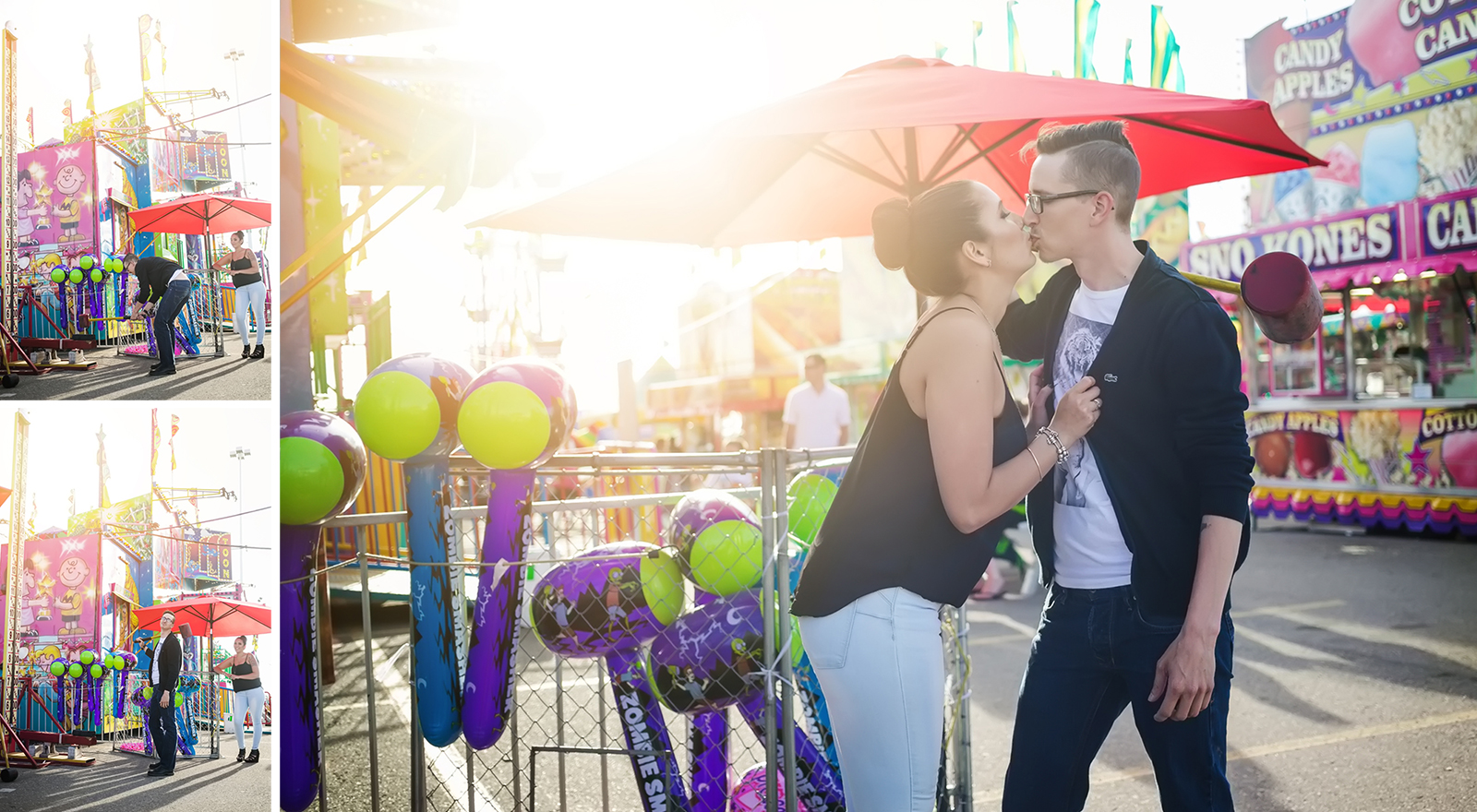 Nothing brings out the macho in a man needing to impress his love like the Strong Man Challenge! Jason rang that bell like it was a fire alarm! Our hero... 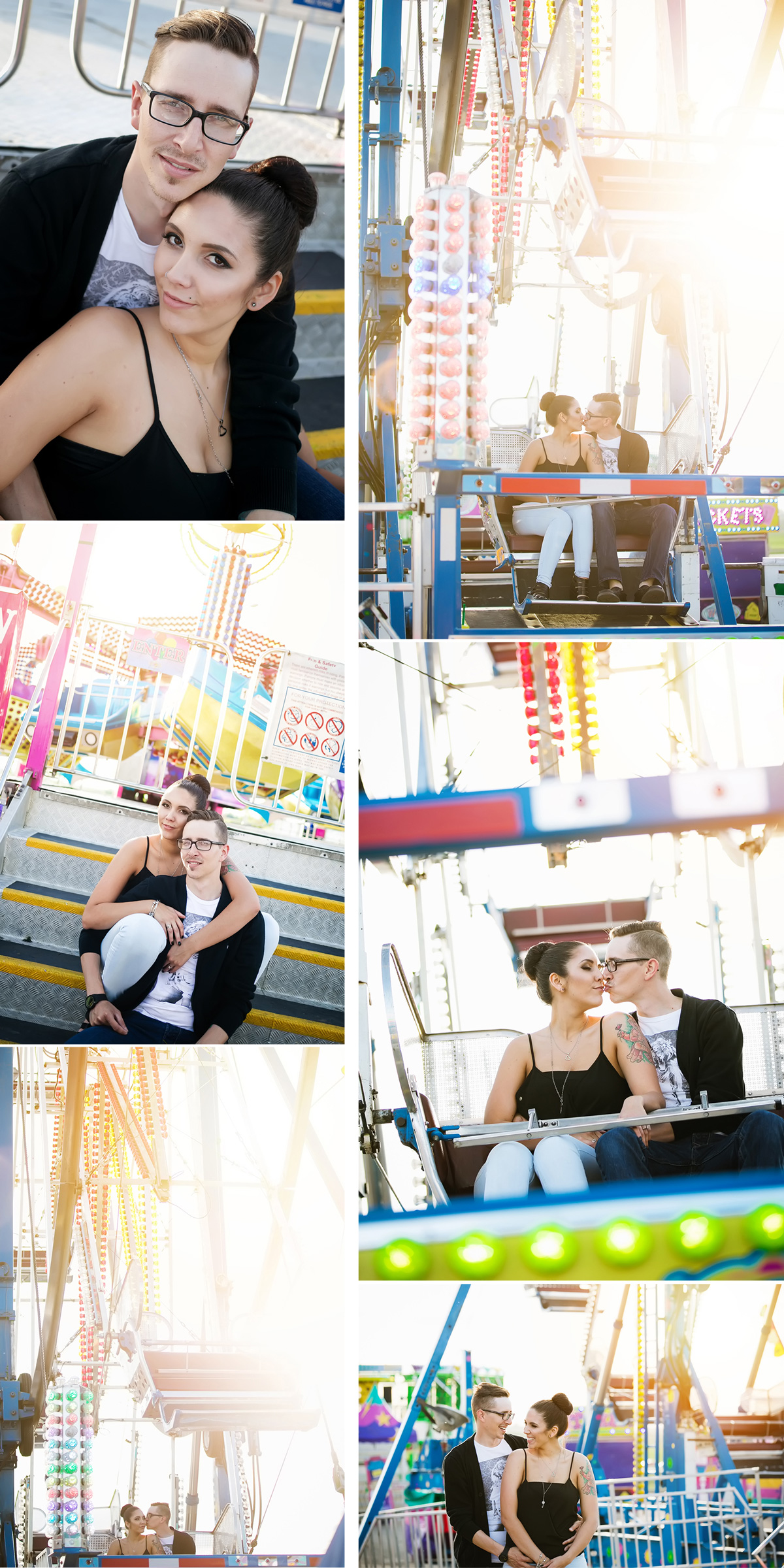 One of the best parts of the fair is, of course, the Ferris Wheel! We wondered around, drank lemon-aid, hopped on a few rides, all to kill time until the sun went down for some perfect twilight Ferris Wheel pictures.  That was until we wondered close enough to see that they were taking it down! It was important to both Tanika and I we took some amazing shots on the wheel! So after batting our eyes and pouting our lip we asked the Carnie to please stop taking it down and let us borrow the ride for 5 minutes. He said yes and as you can see it was the right thing to do. Carnies Rock! Who knew they were such romantics deep down inside. 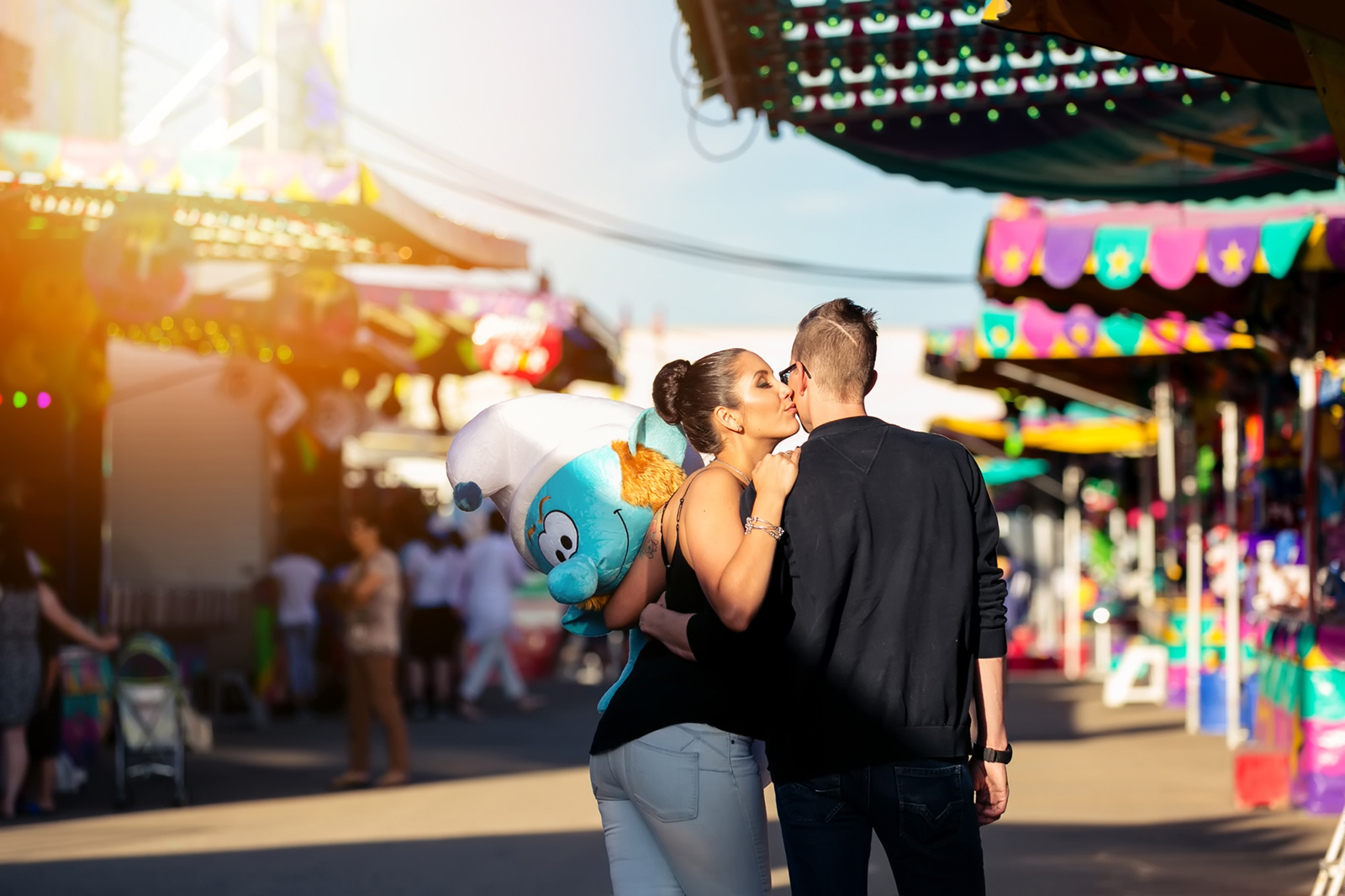 What a wonderful night! Romantic, fun, carefree and somewhat perfect! I am very excited for the wedding next month!